On Saturday, heavy recriminations were being passed around Washington D.C. after a bill to fund the Federal government for the coming weeks did not receive the required 60 votes by Friday, (Actual Vote: 50:49). The Republican leader of the U.S. Senate, Mitch McConnell, has said there will be a vote at 01:00 Monday (06:00 GMT) on a bill to fund the government until February 8.

With a 51-seat majority in the Senate, the Republicans do not have enough votes to pass the bill without some support from the Democrats.

Democrats have demanded protection from deportation of more than 700,000 undocumented immigrants who entered the U.S. as children.

Treasury Bond yields have moved higher this year, as shown below, although the rise began last year. As a result, returns from bond funds have tumbled. Will a government shutdown make things worse? Probably not, provided it’s a short-term problem. 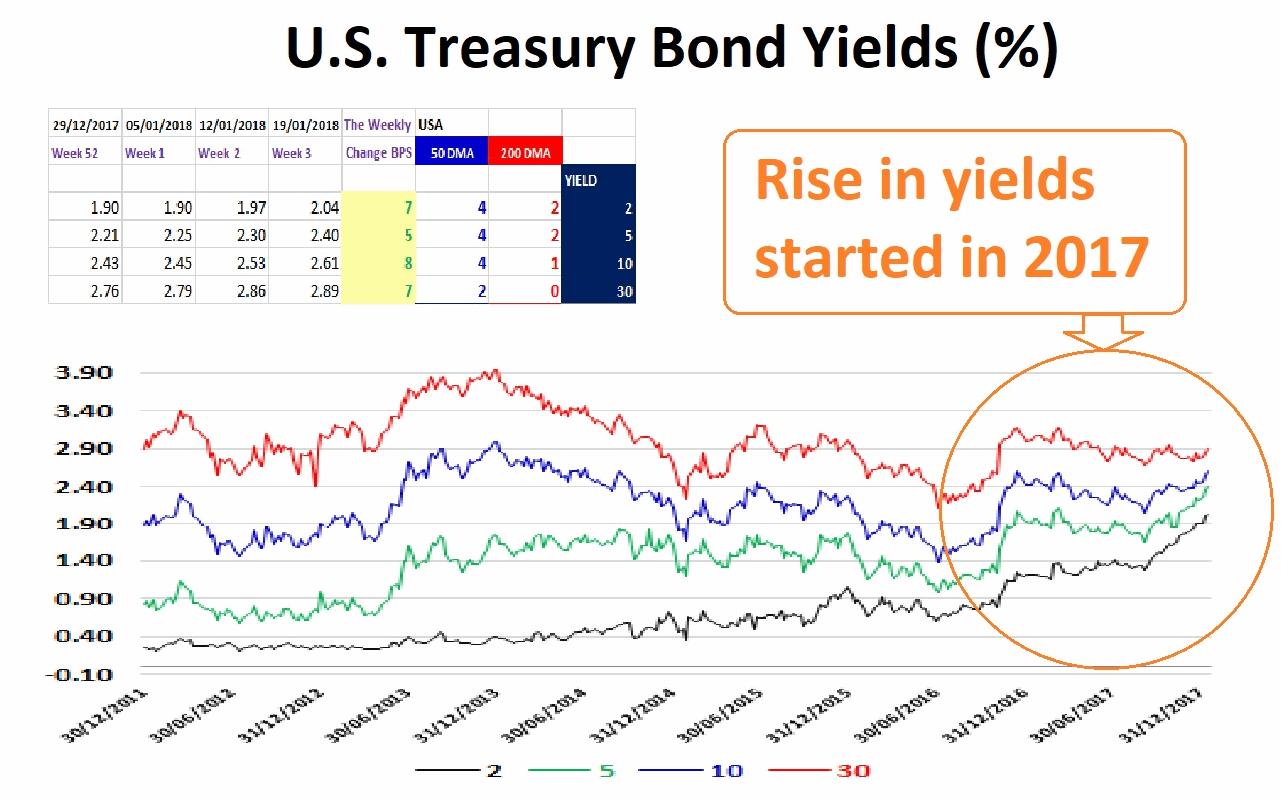 Bitcoin (BTCUSD) plummeted below $10,000 this week; half what it was worth at its peak. Investors are afraid regulators might clamp down on the volatile cryptocurrency.

The price fell to as low as $9,500 on the Luxembourg-based Bitstamp exchange, the lowest since December 1.

The South Korean news website had earlier reported that Finance Minister, Kim Dong-Yeon had suggested the government would be introducing measures to clamp down on the

There has also been mounting speculation that authorities in the Peoples Republic of China will also impose restrictions on trading. A senior official at the Peoples Bank of China said the authorities should ban centralised trading of digital currencies and introduce legislation that would prohibit individuals and businesses from providing cryptocurrency-related services.

However, the digital currency has bounced back somewhat as it rotates in a gentle impulsive before facing a test at BTCUSD 12,228.00. 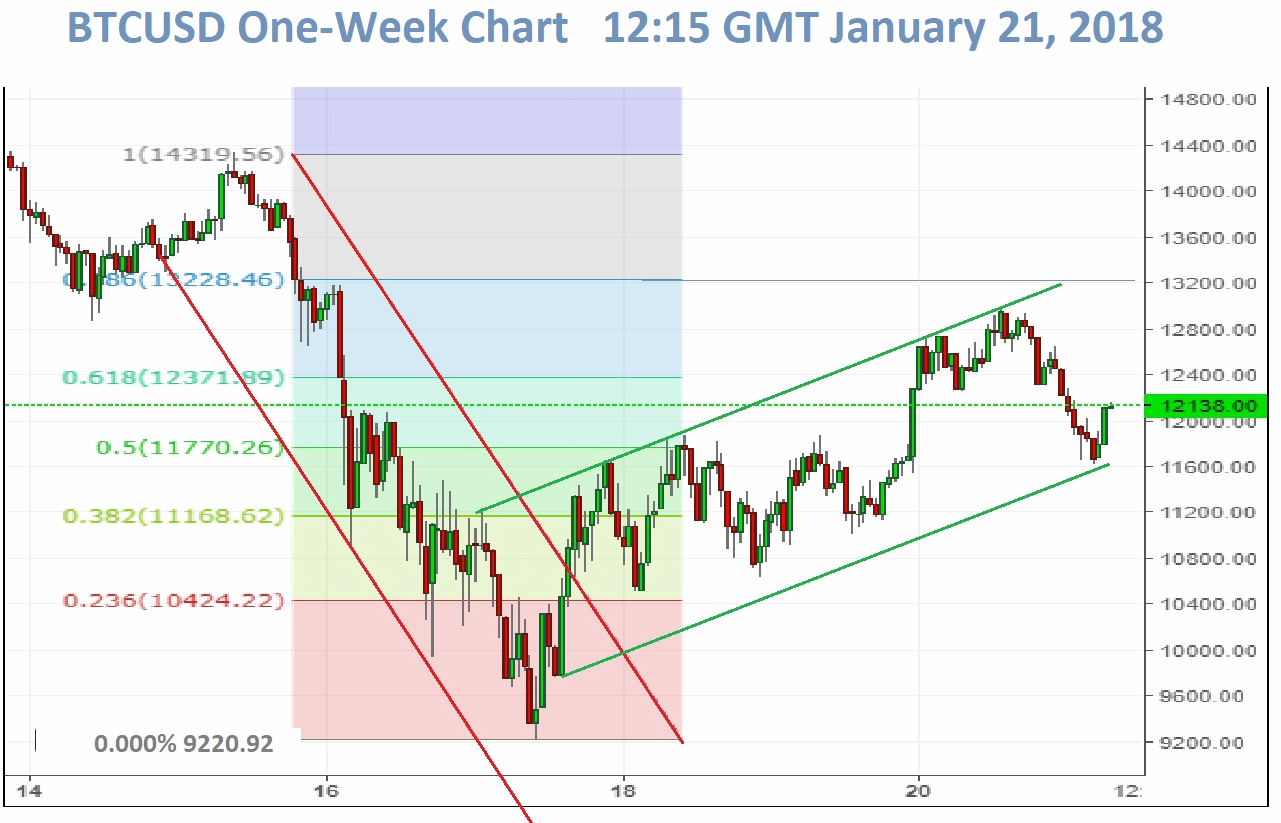 U.S. Dollar weakness extended into a new week and EURUSD rose to close the week at 1.2222. The rise triggered a coordinated response from ECB members who expressed concern about the exchange rate and tried to talk the Euro down. Data-wise, inflation was confirmed at 1.4% on the headline and 0.9% on the core.

Sterling had a bullish week as it closed the week at 1.3852 region and looks all set to break through the 1.39 and 1.40 region in due time. That would depend a great deal on how the strength of the Dollar pans out in the coming weeks; it is expected that Sterling will fare better against the Dollar than many other currencies.

Oil prices posted their first weekly loss in five weeks after settling lower for the second straight session on Friday, as traders worried over a sharp rebound in U.S. production

U.S. West Texas Intermediate (WTI) crude futures for March delivery retreated by 58 cents, or around 0.9%, to end at USD63.31/Barrel, its lowest level since January 9. WTI reached a three-year high of USD64.89/Barrel on Tuesday.

The International Energy Agency (IEA), in its monthly report Friday, warned that rapidly increasing production in the U.S. would offset a raft of positive factors supporting oil prices including ongoing OPEC output cuts.

In the week ahead, market participants will eye fresh weekly information on U.S. stockpiles of crude and refined products on Tuesday and Wednesday to further weigh what the impact of recent storm activity was on supply and demand.

Gold prices rose on Friday as the Dollar traded near three-year lows amid fears over the prospect of a U.S. government shutdown, but the precious metal still ended the week slightly lower.

Gold futures for February delivery settled up 0.29% at USD1,331.10/Troy Oz on the Comex division of the New York Mercantile Exchange. For the week, the precious metal dipped 0.13%, snapping five weeks of gains.

Also, The American Petroleum Institute, an industry group, is to publish its weekly report on U.S. oil supplies.

The U.S. government will also publish a weekly report on natural gas supplies in storage.

Have a great week