The S&P 500 closed at a record high on Friday. That erases any doubt about if this is the longest-running bull market in history. 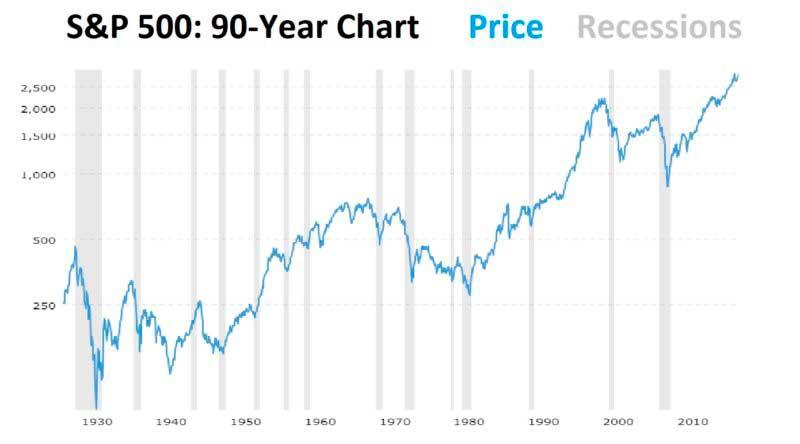 In his speech, Powell said policy makers saw “no clear sign” inflation was due to accelerate above the Fed’s 2% target.

Powell also highlighted that overseas factors could affect the Fed’s policy response, in perhaps an acknowledgment of the ructions in emerging markets. Those remarks dampened hopes ahead of his speech for Powell to strike a more hawkish tone, but he still highlighted the U.S.’s strong growth trajectory, and the need to gradually hike rates even if it becomes increasingly difficult to hit the neutral level, the interest rate which neither slows down nor speeds up the economy.

“The Fed hasn’t exactly pivoted here. There were some hawkish expectations, and I m not entirely surprised that has been taken out. This remains a Fed still willing to acknowledge the strength of the economy.”

Italian debt was in the news again after President Trump suggested the US could support Italy by acquiring its bonds in the open market. There is nothing against a central bank of one nation buying the bonds of another. The Swiss National bank has done so to weaken the Swiss Franc. However, the US President has no control over any portfolio that may look to undertake such action.

If the US were to do this it would Italian borrowing costs which could, because of refinancing reduce the debt service cost to Italy on its current debt burden of EUR2.3 Trillion. However, there are still concerns over the spending plans of the government so pushing the spread of 10-Year debt over Germany to a five-week high. Next year, the ECB will stop buying Italian bonds under its QE programme and as such the spread will rise further. 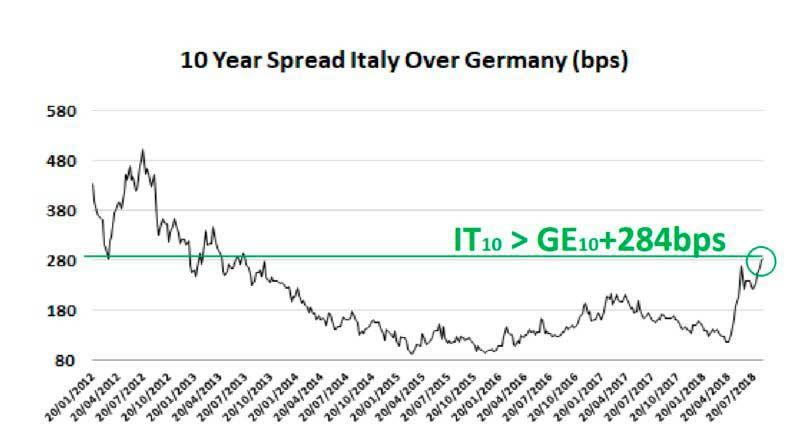 “I see the current path of gradually raising interest rates as the [Federal Open Market Committee’s] approach to taking seriously both of these risks. “

That prompted a sharp retreat in the Dollar as investors reined in some of their bullish bets on the continued upside in the greenback, sending gold prices soaring.

The U.S. Dollar index, which measures the greenback against a trade-weighted basket of six major currencies, fell by 0.52% to 95.05.

The Dollar was also knocked by ongoing political uncertainty in Washington as traders assess the impact of President Donald Trump’s growing legal concerns after his former lawyer Michael Cohen implicated him in criminal activity.

The plunging Dollar helped to overshadow concerns over the U.S. China trade war after talks this week led to little progress, though this outcome was widely expected

The Australian Dollar had an interesting week amid the musical chairs at the Prime Minister’s office. Scott Morrison became the sixth leader of “the lucky country”. Overall, the political difficulties in Australia seems to have run their course. Maybe the market can focus on fundamentals again testing the 0.7200 level once again. 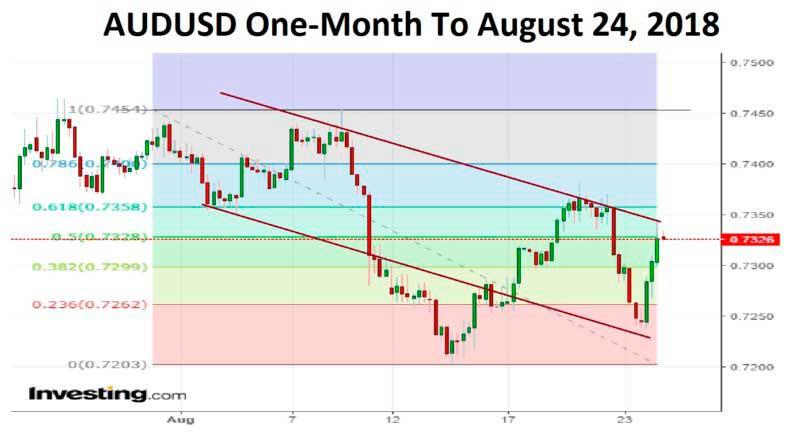 Gold prices were set to snap a six-week losing streak Friday after a plunge in the Dollar supported a broad-based rally in metals following a dovish speech from Fed Chairman Jerome Powell.

Copper prices rose 1.45% to $2.69, while zinc prices rose 2.72% at 2,532.75. The China and U.S. tariffs on each other’s goods that went into effect Thursday served as a reminder to market participants that the world’s largest two economies remain locked in an escalating trade war, even as both nations continued a second day of trade talks.

China, the largest consumer of commodities, has seen its economy come under heavy pressure in a months-long trade dispute, raising doubts about demand for commodities like copper.

Crude oil markets have had a positive week, bouncing from crucial of trendlines on the weekly chart. That would imply the current uptrend isn’t over. It feels as though value hunters have stepped in.

WTI fell as low as $65 during the week but rallied significantly to close the week at $68.54. The test will be the ability to hold the current trend line and force a move toward the top of the overall range. It feels as if any pullback will continue to be thought of as buying opportunities. From here the $71 level offers a layer of resistance but clearing that will open the door to the $75 handle.

Next week’s schedule is a little busier with German and Eurozone CPI, accompanying the Ifo survey (and various other EU and national surveys), while the U.S. looks to Consumer Confidence, Goods Trade Balance, Personal Income/PCE, Pending Home Sales and the first revision to Q2 GDP.

Japan has its usual end of month rush of Tokyo CPI, Retail Sales, Industrial Production and Unemployment, while Canada has Q2 GDP, the UK monetary and credit aggregates along with BRC Shop Prices, and Australia Q2 Private CapEx.

There will be a smattering of central bank speakers, as another month draws to a close, and interest rate futures roll-over in the UK and U.S.

With the Manafort/Cohen cloud hanging over Trump, US trade tensions with China, EU & NAFTA, Brexit negotiations, budget issues in Italy, Turkey’s woes and concerns about US sanctions on Russia, politics may well continue to be the most likely source of market moving news.