Shares of Microsoft Corp hit a record high and ended the session up 1.8% on the heels of a strong Q2 earnings report. That narrowed the race with Amazon.com and Apple Inc in the race to be worth $1 Trillion in market value.

As Q2 reporting season picks up steam, analyst forecasts have grown rosier. Earnings for S&P 500 companies are now estimated to have grown 22.0% in the quarter, compared with the 20.7% seen on July 1, according to Thomson Reuters I/B/E/S.

Trump said he was ready to impose tariffs on all $500 Billion of Chinese imports, the latest salvo in a series of protectionist moves that have prompted retaliatory measures from U.S. trading partners around the world.

Long-dated U.S. government bond yields rose on worries that the president’s comments would encourage Fed Chairman Jerome Powell to slow the pace of rate hikes by the U.S. central bank, which could increase inflationary pressure.

This week, investors will have a chance to see how the U.S. economy performed in Q2. Friday’s GDP report is expected to show that the economy rebounded in the three months to June, boosted by an increase in consumer spending.

Markets will also get an update on the health of the housing market, with reports due out on existing and new home sales.

In Europe, monetary policy will be in focus, with the European Central Bank (ECB) expected to leave rates on hold at its meeting on Thursday, following policy changes at its last meeting.

The Dollar fell against a basket of the other major currencies on Friday, snapping a rally that had seen it hit one-year highs in the previous session. The U.S. dollar index, was down 0.77% at 94.25 at the close after hitting a high of 95.44 on Thursday, the most since mid-July 2017.

It was the largest one-day percentage decline in three-weeks, and was enough to turn the Dollar Index lower for the week and for the month. For the week, the index was down 0.29% and it is down 0.11% for the month to date.

Gold prices fell for the second consecutive week. The decline to fresh yearly lows comes amid continued strength in broader risk appetite with all three major US equity indices closing higher on the week despite building trade war tensions.

The market focus has started to shift however as a fresh batch of commentary from President Trump brings into question the both the U.S. trade & monetary policy outlooks.

Comments made by President Trump this past week sparked demand for gold, however, however, do not be sucked in too easily. The President does set U.S. interest rate policy, the Fed does and the outlook for interest rates remains rather stable with Fed Fund Futures still pricing a 58% chance for a fourth rate-hike this year in December.

Of course, gold traders will be taking cues from Dollar price action next week with the European Central Bank (ECB) interest rate decision and the advanced read on 2Q US GDP highlighting the economic calendar into the close of the month.

Like gold, silver has fallen sharply as the Dollar booked gains. From a high of around $17.30 in June, the precious metal has fallen to a low so far of $15.20. The $2.10 slide might not sound much in nominal terms but, this is a 12.1% decline in percentage terms.

Sentiment towards both precious metals is still overall of a bearish nature right now. The falling prices have led to sizeable outflows from ETF’s and lower central bank purchases.

However, gold and silver have also fallen in euro, pound and even franc terms. This is because investors are still finding value in the equity markets. Why hold onto something that, unlike bonds and stocks, don’t pay interest or dividends, and cost money to store?

The Kingdom of Saudi Arabia (KSA) rushed to boost oil production under pressure from President Trump only to discover that global markets might not need it yet.

KSA’s crude oil output surged the most in three-years last month, as the President Trump demanded his ally’s help in cooling petrol prices and filling in the supply gap that will be created by his sanctions on Iran.

However, the Saudis are struggling to sell as much extra oil as they’d hoped and are privately fretting that they may have opened the taps too quickly, according to people briefed by Riyadh in the last few days.

The U.S. oil and gas industry is lobbying against tighter sanctions on Russia that could impact U.S. investments there, congressional sources said on Friday.

Top U.S. energy company Exxon Mobil is among the firms that have previously opposed U.S. sanctions on Russia. Opponents claim sanctions unfairly penalize U.S. companies while allowing foreign energy rivals such as Royal Dutch Shell and BP to operate in the Russian Federation.

The coming week will be packed with corporate earnings as in the U.S. over 100 S&P 500 companies will report.

On the date front we will digest U.S. & French preliminary Q2 GDP, CPI data in Japan and Australia and a raft of business and confidence surveys will offer points of focus.

U.S. Q2 GDP is forecast to post a SAAR rise of 4.0% (best since Q4 2013), paced by a rebound in Personal Consumption (exp. 2.8%), though Business and Housing Investment should also be robust, with Trade expected to be broadly neutral, and Inventories modestly positive. However, the latter two are both volatile and often subject to hefty revisions in later iterations.

The U.S. also has Durable Goods Orders, with aircraft seen pacing a 3.0% MoM gain, with the ex-Transport measure forecast at 0.5% MoM.

New and Existing Home Sales are expected to remain firm, even if the former will likely see a correction (exp. -2.8%) after jumping 6.8% in May, with the latter seen little changed MoM.

French Q2 GDP is expected to edge up to 0.3% QoQ from Q1’s sluggish 0.2% (though this would see the French YoY rate dip to 1.9% from 2.2%. Flash PMI’s for the Eurozone is (as ever) seen edging back very modestly from June, as is Germany’s Ifo, though still indicating a solid pace of current activity, despite heightened concerns about trade tensions; the UK has both CBI surveys.

The ECB meeting will not offer much in the way of fresh insights, however, as is often the case, the pre-summer break ECB meeting is not expected to deliver much in the way of fresh insights, even if markets will be hoping for some clarification on what “through the summer of 2019” means, though the council’s well documented differences suggests that the ECB will want to retain the implicit flexibility.

There is, in theory, a chance that they might get rid of the contingency on ending QE in December, but that seems unlikely given the potential for the Trump trade wars to ‘boil over’ over the summer holidays.

The Central Bank of Turkey continues to be heavily encumbered by fears of political interference although it raised its benchmark interest rate by 125bps to 17.75% on June 7th, after a surprise 300bps hike last month to support the lira. At that time policymakers said further monetary tightening will be delivered, when required, if needed. Latest data showed the country’s annual inflation jumped to 12.15% in May, the second-highest since February 2004, due to higher energy prices and a currency collapse. 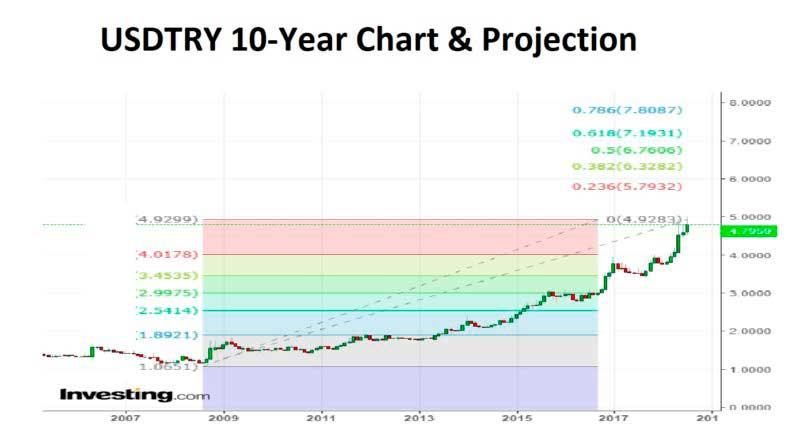 Trade tension never seems far away and preparatory discussions among key policy officials ahead of the end of month China Politburo meeting should offer some direction on whether there are to be any significant domestic or international policy tweaks.

The U.S. dominates the government debt supply calendar with $166 Billion of Bills and $119 Billion of fixed & floating coupons, with supply elsewhere relatively muted due to the summer holiday season, with a new German 5 year, a multi-tranche Belgian OLO sale and a re-opening of UK conventional 2024 Gilt. 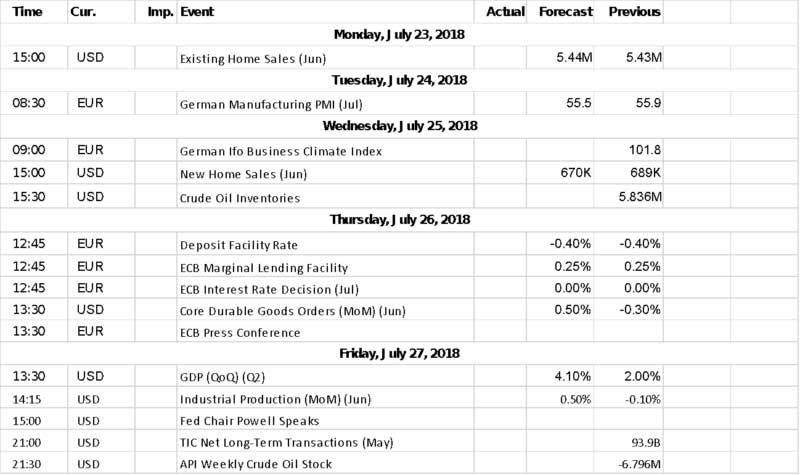