The standout story of the past week and one that will continue for some time is the pressure being applied to Italian assets as the markets try to absorb the details of the coalition agreement between the two populist parties that are both Eurosceptic.

The FSTE MIB suffered a weekly decline of 3.0% and whereas the usual number of trades per day is 1.3 Billion by the end of Friday the average for the past week was 2.1 Billion.

Only a few stocks showed any resilience, notably Moncler and Pirelli. 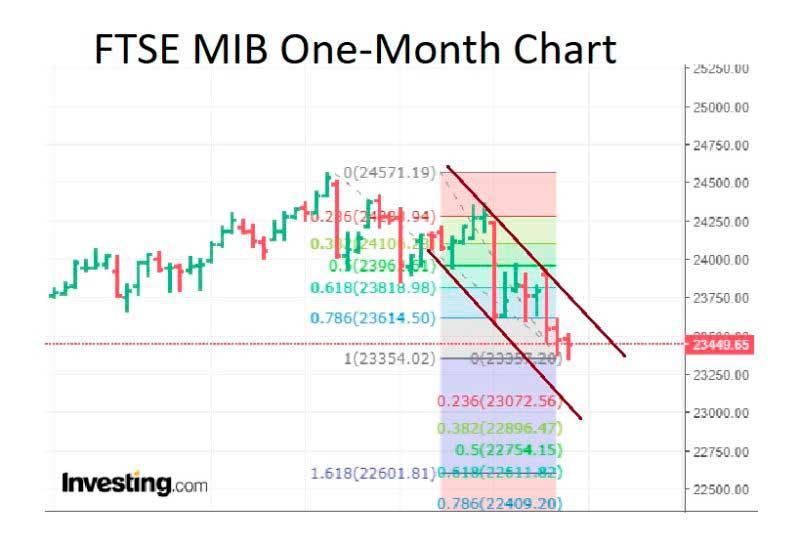 Italian benchmark debt endured rising yields on fears that the new coalition was looking to ask for debt forgiveness. The yield on 10-year BTP’s rose to 2.23% the highest level since October last year. There is likely to be more selling as Italian debt had been snapped by yield hungry investors that leant on the ECB’s bond buying programme and a generally healthier economic picture across the Eurozone.

U.S. government debt found buyers with the T10 yield falling back from 3.128% in early Friday trade and then renewed flight to quality buying took the yield back to 3.07%

However, it was off its best as a rout of the Euro eased, prompting traders to take profits on the greenback despite concerns about proposals laid out by a future Italian coalition government.

EURUSD fell 0.14% $1.1779 pressured by a drop in Italy’s 10-year bond yield as the Five-Star Movement and League reached a coalition agreement to govern the Italy, raising fears that the country finances could come under pressure as they laid out bulky spending proposals.

The retreat in the U.S. bond yields also prompted traders to unwind some of their bullish bets on the dollar

Gold finished with a modest gain Friday to recoup most of what it lost a day earlier. Prices still fell by 2.2% for the week, pressured by strength in the U.S. Dollar, as well a sharp rise in U.S. Treasury yields earlier this week despite a pullback Friday.

Copper is missing out on this year’s commodities rally, sliding more than 6% YTD, in a sign investors remain cautious about the health of the global economy. 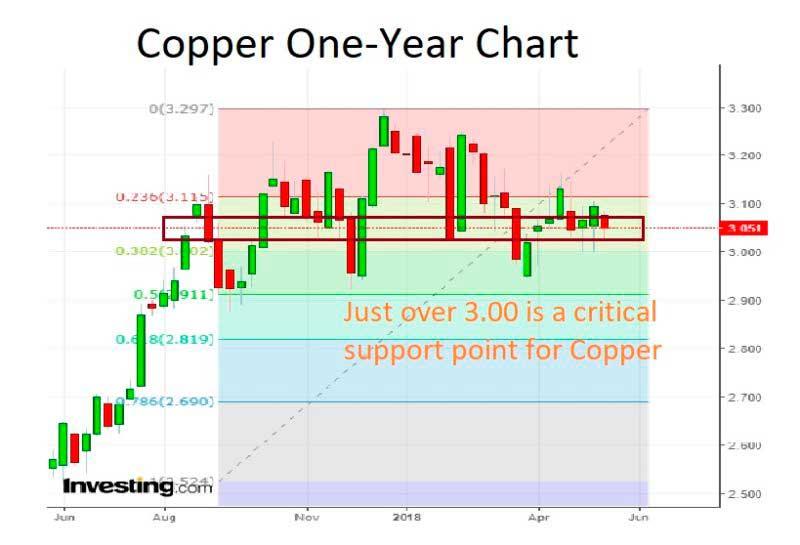 The ongoing fear is that protectionist U.S. trade policies will lead to slower activity and ultimately a weaker global economy, and recent economic data from China, the world’s largest commodity consumer do hint at a possible economic slowdown.

Some commodity bulls think copper is just taking a breather after last year’s run-up, but others see copper’s relative weakness in 2018 as another sign that growth momentum has shifted away from a synchronized global expansion and back to the U.S.

The WTI Crude Oil market rallied significantly during the week as crude oil continues to get a bit of a boost from geopolitical tensions and of course the idea of the U.S. leaving the Iranian deal taking product off the markets.

The momentum mood is such that one should be regarding any short-term pullback as a buying opportunity, with the $67 level underneath is massive support and importance. The uptrend line underneath should continue to offer support as well, so that the pullbacks will be thought of as value opportunities.

Longer-term, the market is ready to look at the $72.50 level, and then perhaps even towards the $75 level after that during July. No doubt there will sessions of worrying volatility. However, the market is slowly clawing its way back to balance. 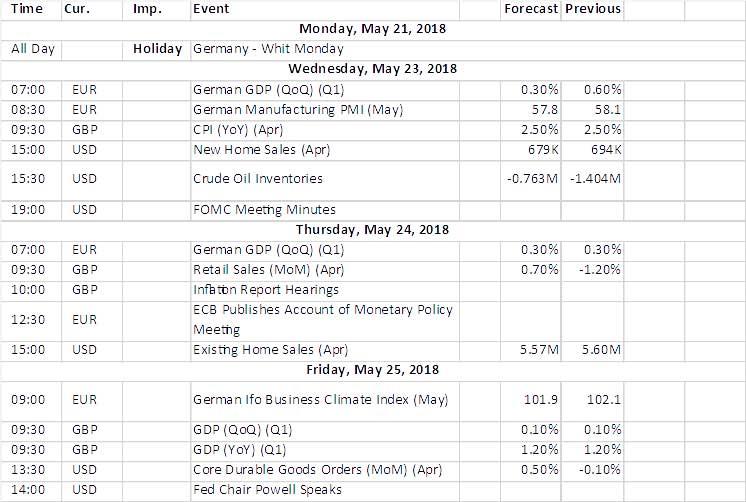